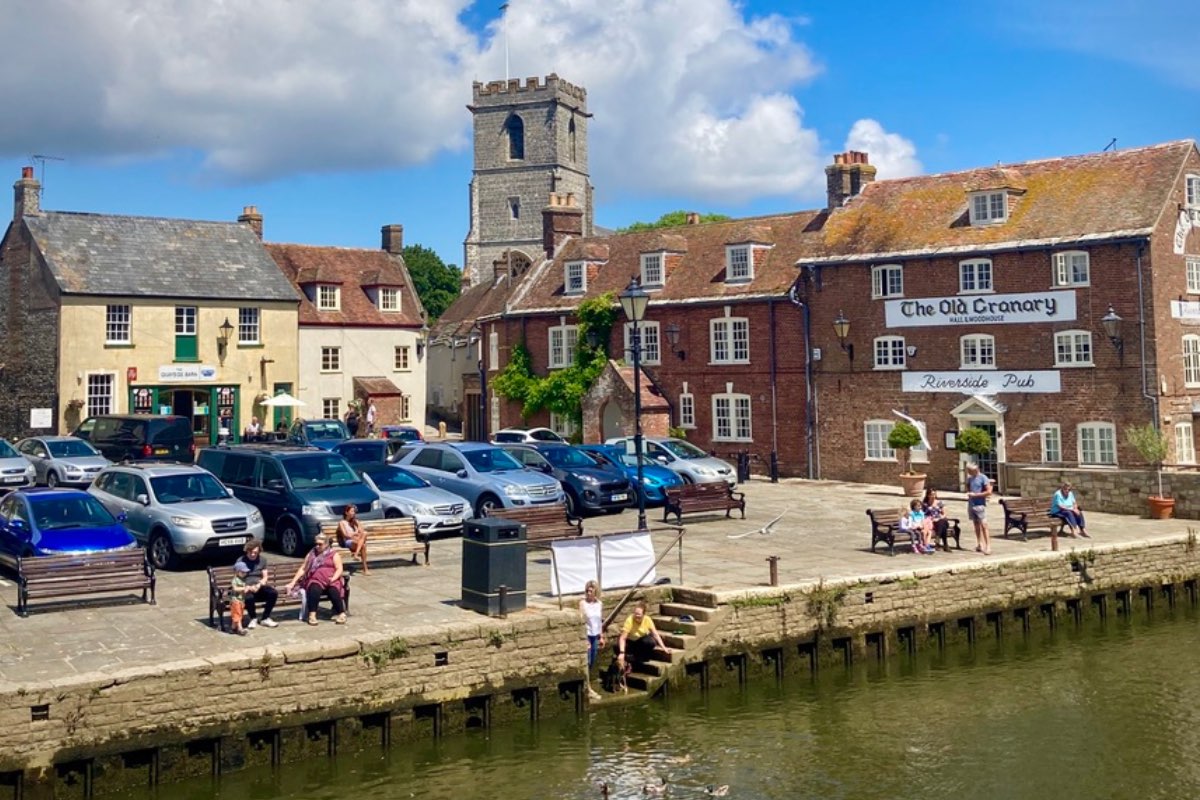 The Swanage Railway is located in Dorset, in the small coastal town of Swanage, which is situated at the Eastern edge of the beautiful Jurassic Coast, a World Heritage Site.

Historically, the Swanage Railway was a Victorian line of the British Rail System that eventually became little used; and consequently by the middle of the 20th century the line fell into disrepair. By the 1970s plans were being made to lift the tracks, which created a public reaction that eventually led to the formation of a Railway Society whose main aim was to preserve the line. With a little political intervention by the MP for South Dorset, the Dorset County Council (DCC) purchased the station site; and eventually acquired railway land that would allow them to preserve the steam line.

The Society continued by joining with several other organizations and eventually applied to the Charity Commissioners to grant charity status to their endeavour to preserve the Swanage Railway. Today the Swanage Railway is a Heritage Railway that operates a service through the Isle of Purbeck, offering the tourist an opportunity to experience the heritage steam and diesel train service while enjoying the historic panorama of historic villages, Corfe Castle, access to the Jurassic Coast and country walks.

Presently the Swanage Railway is working towards the full restoration of the rail link between Swanage and Wareham that will offer daily service and an opportunity to connect with the main rail lines. Even though Swanage is currently connected through Wareham to the national rail lines, the infrastructure is not capable of maintaining daily trains, which restricts them to several charter trains each year. One of their other aims includes working towards establishing a comprehensive record of the historical rise of the steam railways in the Southern part of England. To achieve these ends, a museum has been opened to the public and entrance is available at no cost. The Swanage Railway Museum is located at Corfe Caste, and it is a valuable resource offering the opportunity to see and to learn about historical, architectural and engineering feats of the past connected to the rail system.

To help work towards all of the goals that have been set, Swanage Heritage Railway offers multiple special events throughout the year to help raise the funds needed to accomplish all of their present and eventual goals. One of the events in times past was Thomas the Tank Engine which delighted thousands of young children. In recent times, the Thomas Trains have been somewhat suspended due to purchase of the rights of the beloved figure by a media company; however, Thomas and Friends items can still be found in the Swanage Railway Shop. Swanage Railway has initiated other features that are presently being enjoyed by families. Popular Family Day trains are featuring fun for everyone; and of course there is the ever popular Santa Train that offers a present to every child with mince pie and sherry for the adults and the new (2020) colourful Steam and Lights train which travelled through the Isle of Purbeck countryside.

In addition to yearly events, there are a multitude of special events, many of which have been repeated. There have been Carnival Week specials with fireworks, Easter Specials geared towards the children, Beer Festivals for the adults and Vintage Swanage which took visitors back into time.

The Swanage Railway is continually seeking to offer unique experiences to make your rail experience more enjoyable. The Wessex Belle has added the one of a kind dining experience to some of the special events that are offered, such as The Sunday Lunch on specified days, The Wessex Belle Bistro and Bar for informal evening service, On-train Buffets on specified trains, all in addition to the Station Buffets at Swanage and the Norden Park & Ride. All of these services are designed to please almost every taste, whether local or visitor, in the hope that everyone will be drawn back to revisit this wonderful national treasure, The Swanage Railway.

You can join the Swanage Railway at any of the scheduled stations along the railway line. The Main stations are Swanage Station, Harmans Cross, Corfe Castle and Norden Holt.